Our decisions with regard to the redevelopment of the Deken van Somerenstraat area are the result of our analysis on three different scale levels and a prognosis of the housing typologies we expect to be an addition to the current situation. These new housing typologies could enrich the area in such way that it naturally forms an important link between the Schrijversbuurt and the city’s centre. These aspects have played an important role in our approach and led to an unique yet logical implementation of the plan, rooted and implemented in the context without being submissive to it.

Our urban vision embraces the opportunity to create an elegant tower at this particular spot as part of the sequence of incidental towers along the inner relief road. The city of Eindhoven has its own characteristics and typical skyline as a result of its careful positioning of high rise buildings. The series of rather slender towers that have been built over the past 15 years provide the city with some interesting points of recognition and landmarks.

Living in a tower not too close to other high rise buildings ensures some magnificent views. Part of the identity of the tower derives from its relation to the other towers, its embedment in the area is another important pillar of the design. In this particular case we have used the tower’s orientation to establish a relationship – following the axis of the Hof van Eden – with the tower of the Heilig Hart church. 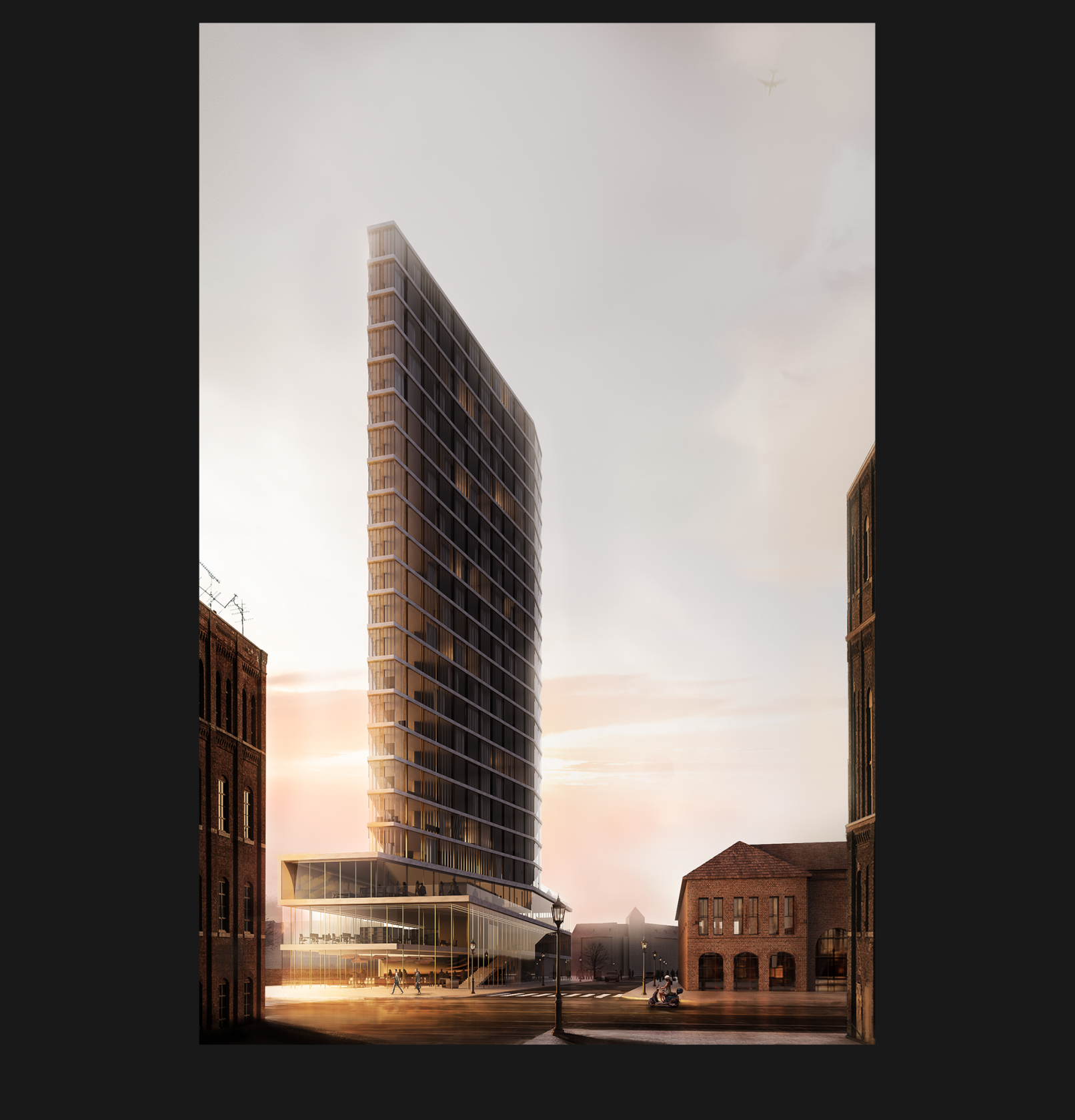 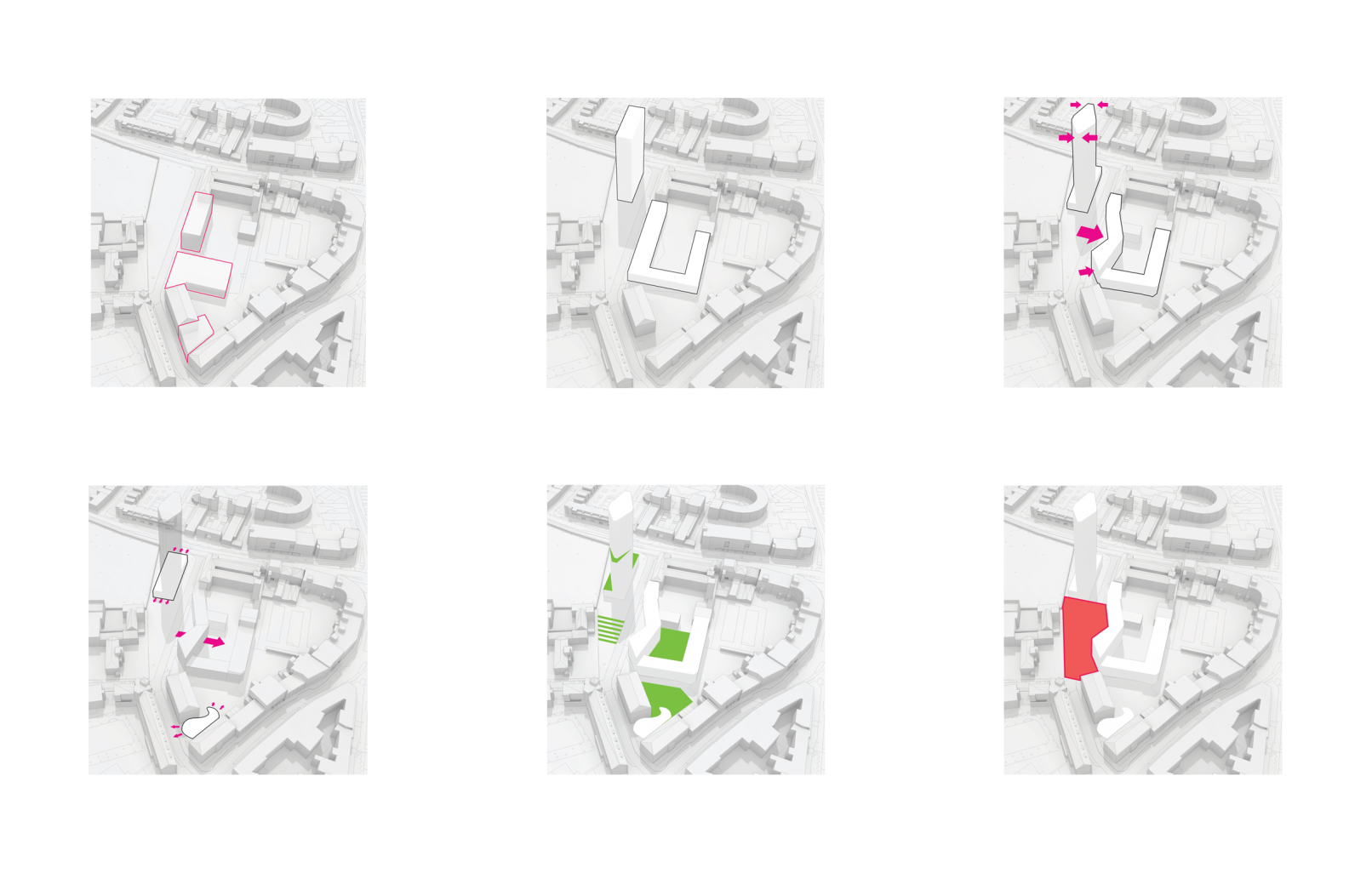 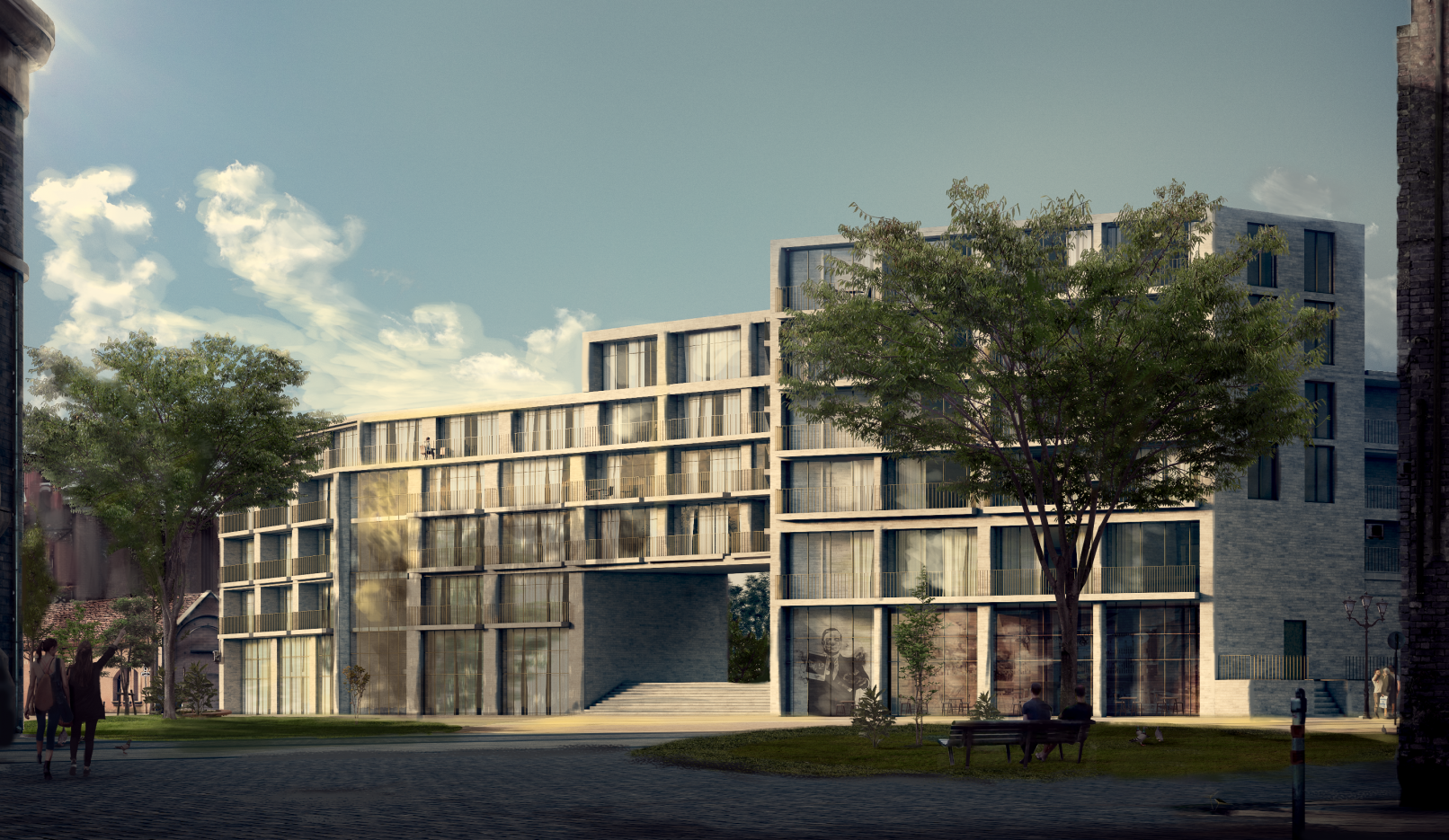