Everything about this villa, which has been virtually dug into a steep slope on the south coast of France, is aimed at joie de vivre: the enjoyment of the climate, the calm, and the view of the sea. An essential feature of this design is the large floating roof, resting on walls on both sides and at the rear. This roof demarcates the locus, sets it off from the surroundings, and orientates the view. It overhangs the whole building, a sculptural two-storey volume.

Both the actual living quarters (first floor) and the children’s rooms (ground floor) are largely fitted with glass sliding partitions, and each has its own terrace.

A meandering footpath to the beach below forms part of the design, just as the wall that follows this footpath is an extension of one of the walls that support the roof. Water plays a part in this design too. The ground floor swimming pool is supplied by an artificial waterfall that emerges beside the upper storey. 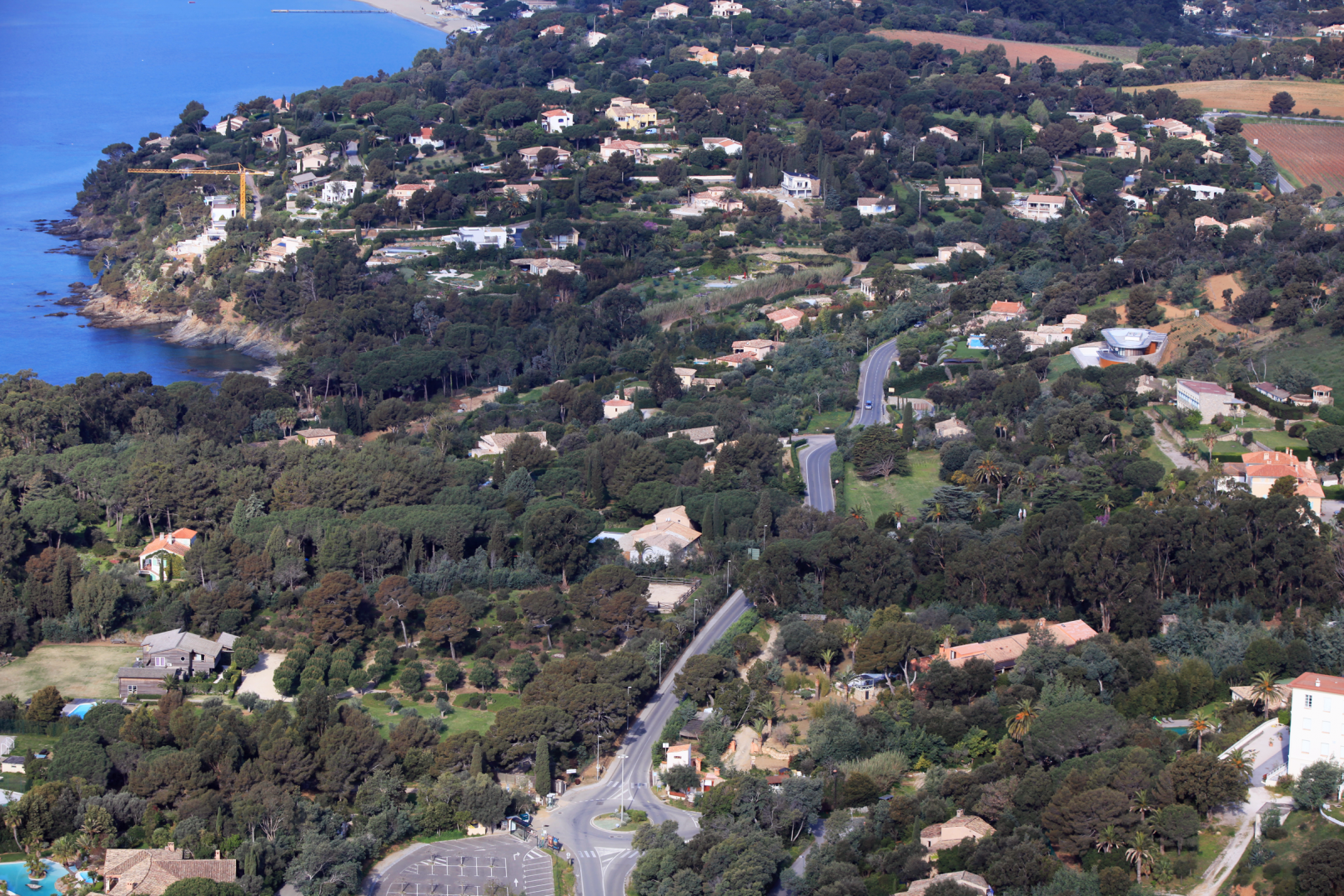 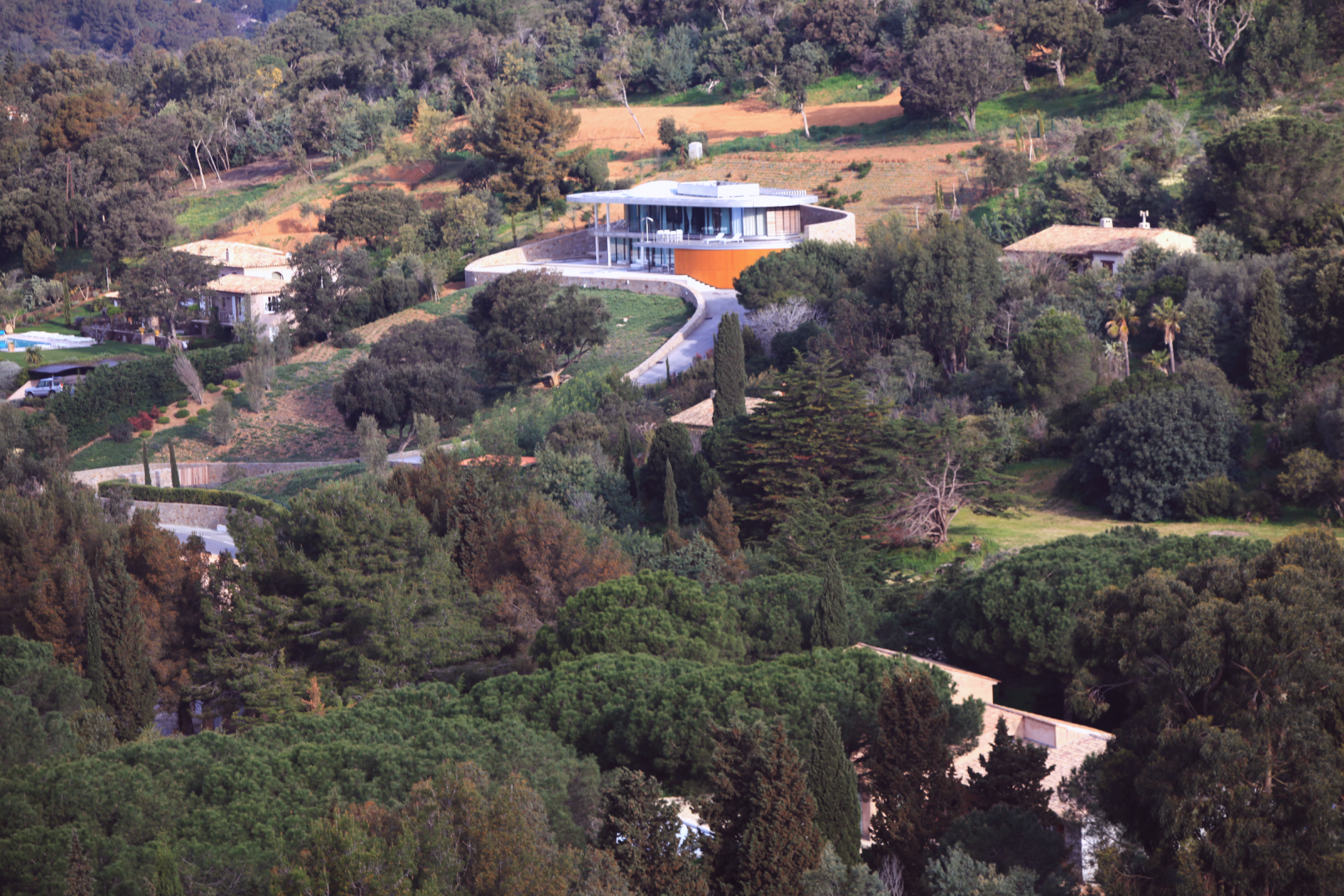 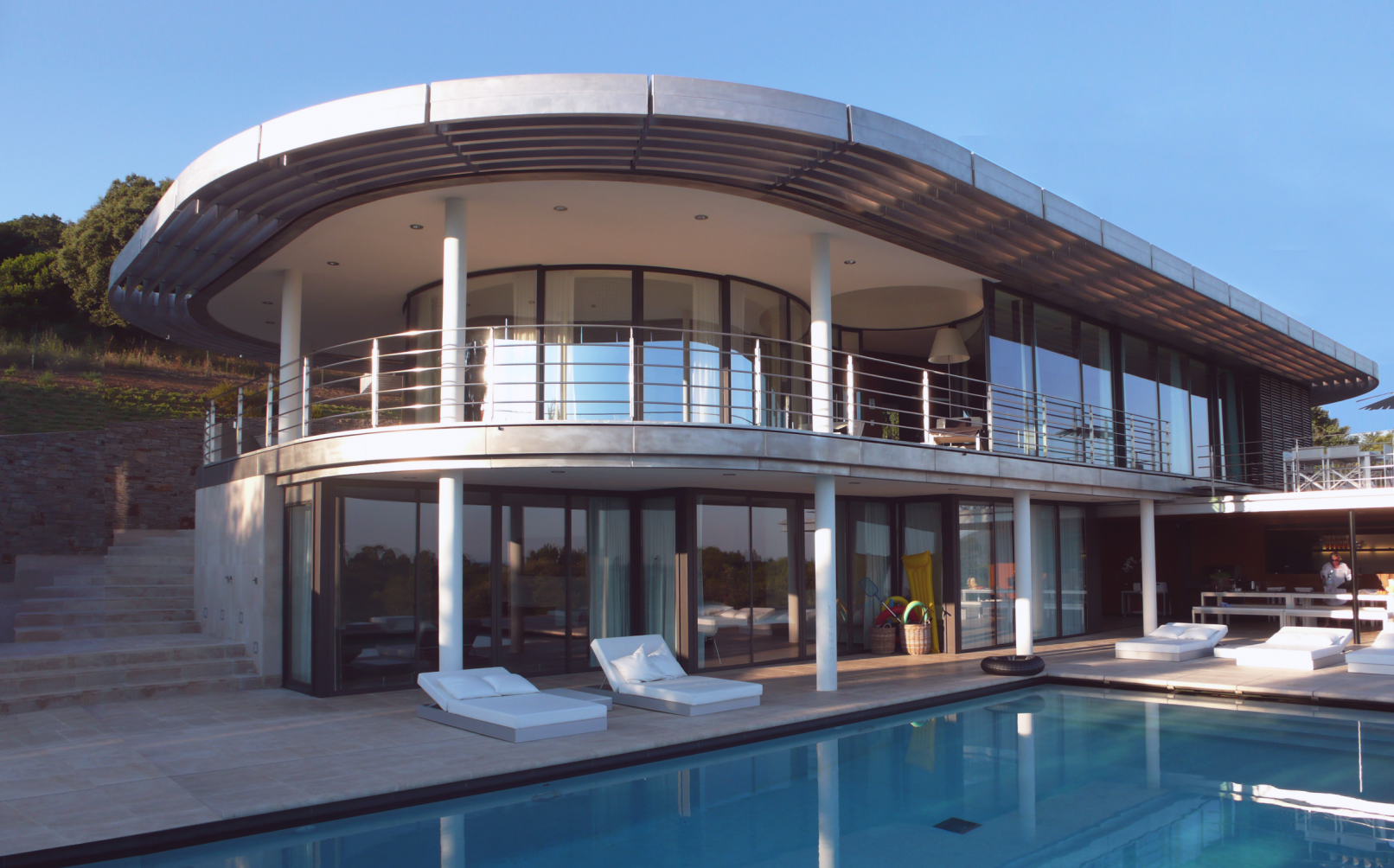 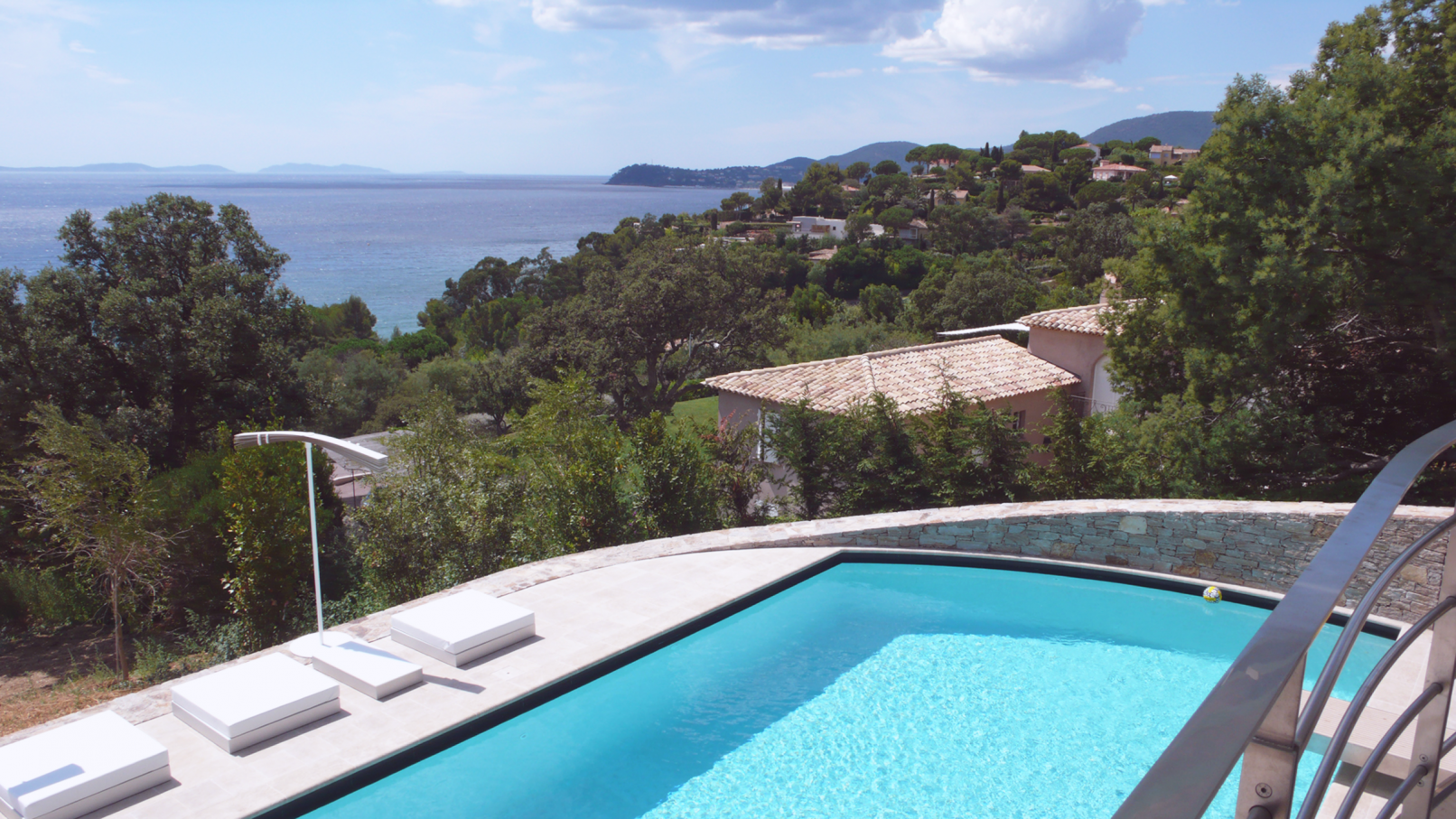 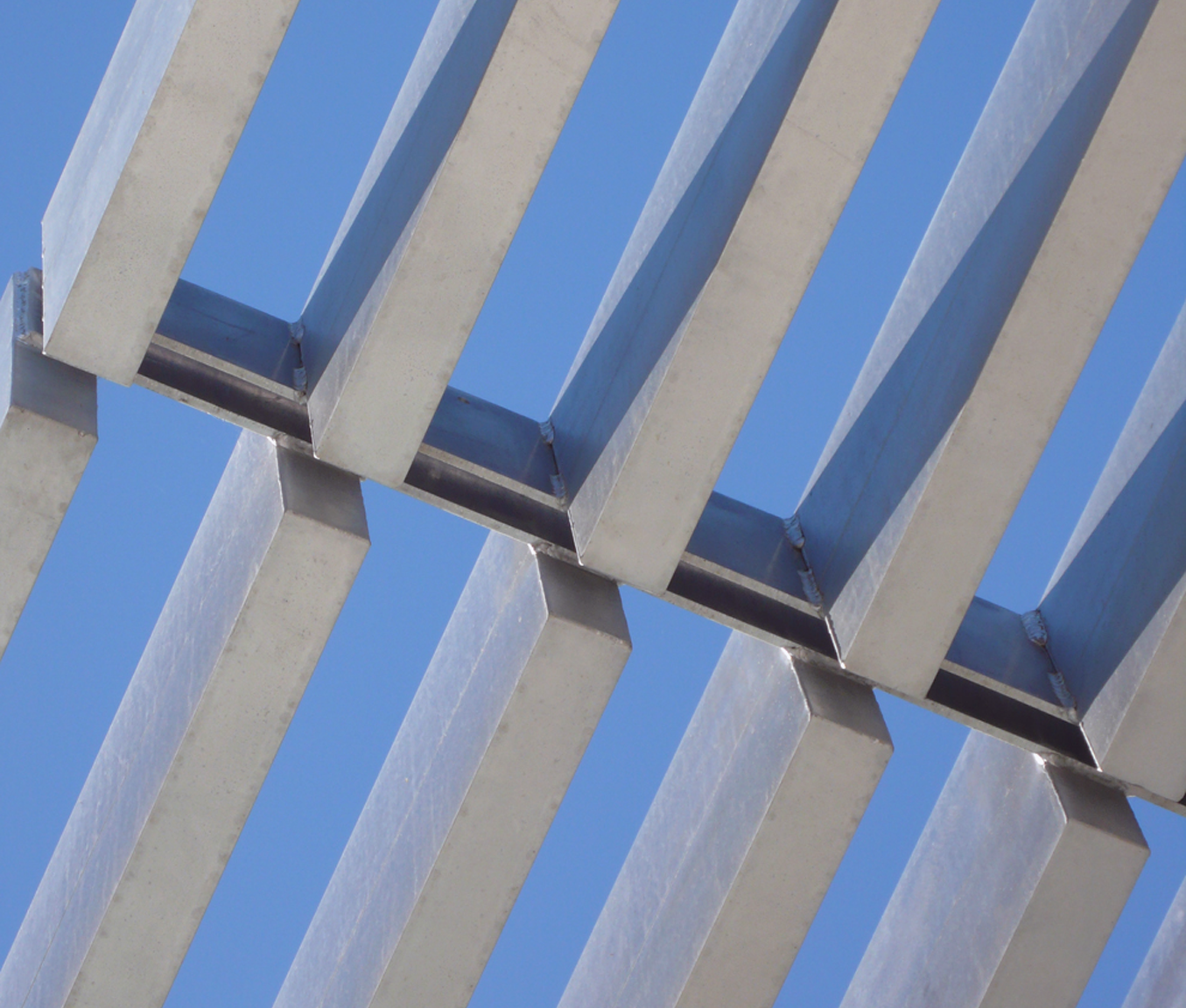 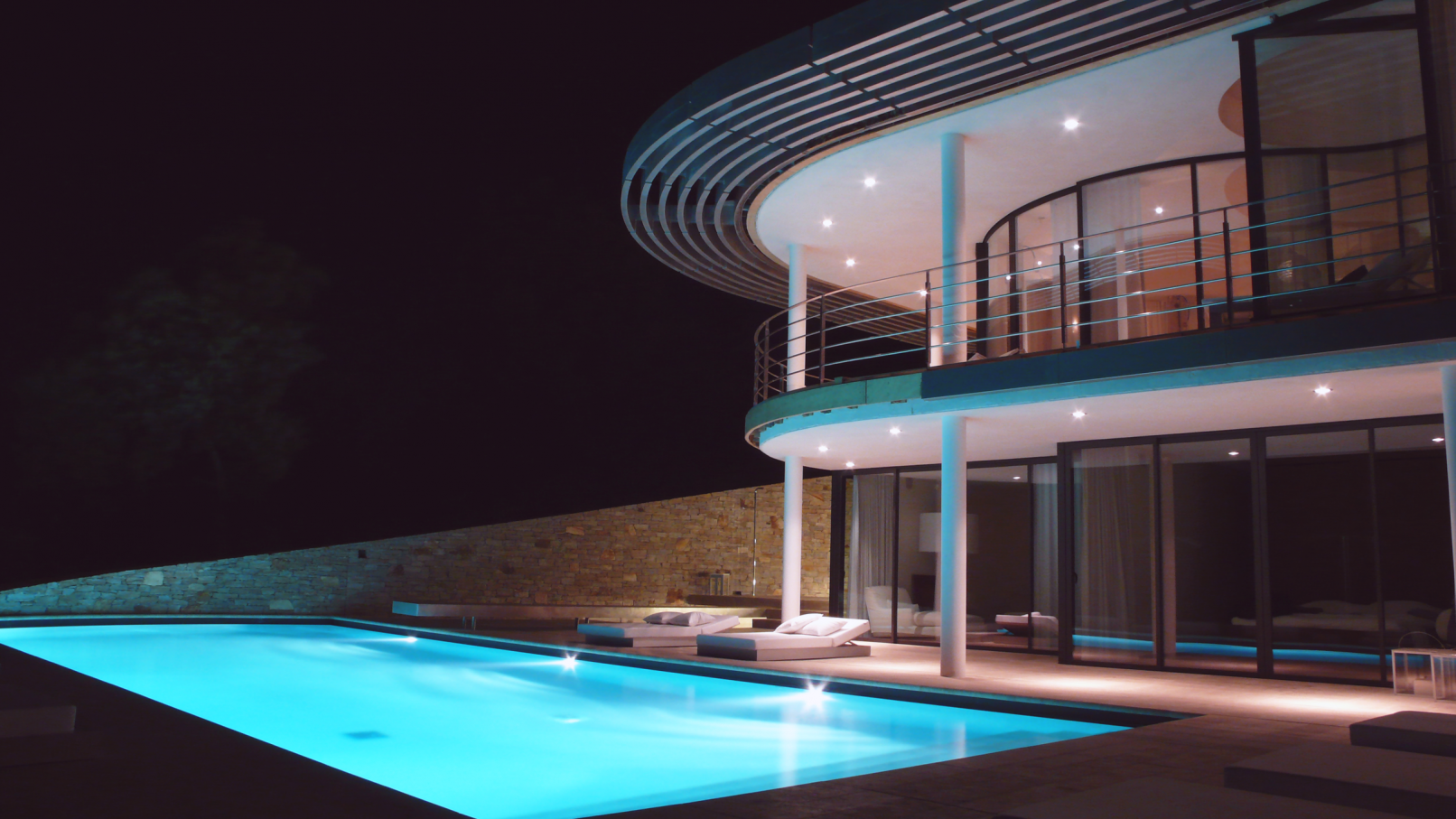